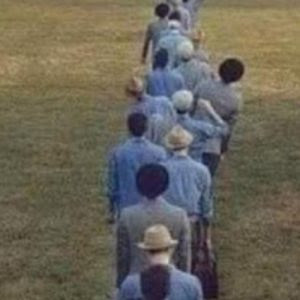 A long line of people stretched ahead of Jess. The people in front of her seemed not to be moving, but she did not care because her mind was busy remembering her journey to get here.  Had she done enough, and was she ready? Should she get out of the line and go back?

The requirements to get inside this place, and then becoming one of them were strict.  Jess smiled as she remembered how many mistakes she had made in her life before deciding to get into this lineup, but self-help, hard work, prayers, and determination had helped her to overcome those failures.

Jess knew her most significant fault to overcome was accepting herself and others as she and they were without judging too harshly.  Of course, through the years, she had realized, it had been her inner flaws she recognized, and had trouble accepting in others.  Once she had worked on herself, it was easy to see and love others as unique and different.

The next thing that came to Jess’s memory was the fairness thing.  Why wasn’t everything fair, but then again, whoever said it would or should be?  Well, the act of fairness had lost her a few jobs and friends, but she finally figured out that pride in how she performed a task was more important than getting rewarded for doing it.  The difference in other’s opinions, favoritism, and other emotions play into life, making it not always fair.

Keeping her place in the line, Jess took a step to the right to see what was happening upfront. Patience was another thing that had not come naturally to Jess. Waiting patiently, being patient with herself, and others had driven her crazy until she learned to take a deep breath, enjoy each moment, and then changed her mindset. What had been the big rush anyway? Life passes by us quickly enough, and the older a person gets, the quicker time seems to speed up.

Loving others had always been easy for Jess.  She loved helping and loving others so much that at times she had forgotten to love and take care of herself. Still, during those times, Jed and their children had taken care of and loved her sincerely. There was no doubt that love was her greatest strength and had helped her overcome some of her weaknesses.

Jess thought about her husband, Jed, their children, and Grandchildren.  Jed was a beautiful man who loved her very much, and he owned her heart.  Her children had all grown up, married, and left home.  As each of Jess’s Grandchildren was born, they had grabbed a special place in her heart that she did not know existed. Last night as she struggled with being ready and making a decision about taking this new journey, Jed had told her he loved her, encouraged her to take this final step, and assured her that she was more than ready.

Later their children had come over for a visit and brought early Christmas gifts. As her Grandchildren played around her, Jed, their children, and she had all had the best time reminiscing about good times together.  Before leaving, each of their children hugged her, said how much they loved her, then they told her how wonderful it was to have her as their Mom.  The memory of their beautiful smiles and deep love for her had warmed Jess’s heart, and remembering it after they left, gave her renewed strength and courage in making her final decision.

After their children left, she and Jed had talked for hours.  They recalled how they met and fell in love, and then they looked at photographs from their years together, laughing and remembering the fun times and places.  Even though they had married at the young age of eighteen, their soulmate love with open communication, strong commitment, unselfishness, and sacrifices for one another had made their marriage stable.  Through the years, their hearts and souls had become one.  The last thing she remembered about last night before she had drifted off to sleep was Jed kissing her, telling her once again how much he loved her, then holding her in his arms tightly.

Lost in her thoughts, Jess was surprised when she looked ahead and realized she was next in line.  It was her turn now, ready or not. The gate opened, and a man asked her name then told her to come inside. Jess looked around as she followed the gatekeeper on a pathway through a gorgeous garden then into a beautiful building.  What a lovely place to be allowed to seek acceptance. As she entered the building, a large room stretched out in front of her, and Jess could see a man sitting in an ornate chair.  Jess smiled at the man, told him her name, and he motioned for her to come closer.

The man had the kindest face she believed she had ever seen.  Before deciding to make this journey, Jess had tried to imagine what the man would look like, but she now knew that her perception of him had been all wrong.  The man was as flawless in his looks as he was in his genuine love for all.

As she walked up to the man, Jess saw familiar faces of people she had known and loved throughout her life. She had always enjoyed being among them because of their amazing spirits. They were all smiling at her, which made her smile and feel right at home.  A complete calmness overcame her as she smiled then told the man in charge, “I have tried my best to do the right things, make improvements in myself, and change my shortcomings. Please forgive me and my struggles throughout my life.”

The man sitting on the chair smiled then replied, “Jess, I have watched your journey to get here. I love you and forgive your shortcomings.  You have done a wonderful job. Welcome home, my child.”

Jess smiled, then walked to the man in the chair, hugged his neck, then said, “Thank you. I love you, Father.”

Jess had made the journey to Heaven while Jed had held her in his arms.

We are a literary magazine run by John Page, Thomas Page, and Jessica Ricks. View all posts by academyoftheheartandmind

3 thoughts on “Waiting in Line”

Want to see your work here? Please send your submissions to academyoftheheartandmind@gmail.com

Our Go Fund Me

We’ve started a Go Fund Me in order to fulfill our goals of doing more with our platform such as creating a print journal and hosting literary readings. Click here to donate. Any amount helps!

Are you participating in Inktober? If so, we would love to publish your art! Send as many as you want to academyoftheheartandmind@gmail.com. Also, take a look at our latest blog post by our editor Jessica to read about her Inktober experience.